A theatrical project based on a critical and disruptive vision of Greek myths intended exclusively for children. Through a complex, daring and multi-referential look, the project proposes various 45-minute volumes staged through a storyteller handling scale models, action figures, various live video cameras and online resources. Olympus Kids is a project by Agrupación Señor Serrano.

The myth tells that Prometheus is punished by Zeus for giving fire to human beings, thus freeing them from their bestiality.

How is the original myth related to the reinterpretation made by Mary Shelley through her Dr Frankenstein? Could Julian Assange be a modern-day Prometheus? Greek myths, like all myths, are there so that through them we can ask ourselves about human nature, not necessarily to find unambiguous answers.

More than three thousand years ago, a group of women created a particular society on the distant shores of the Black Sea. A society formed only by free women, with a community and warrior spirit, willing to defend a different order. The Amazons.

The second volume of the Olympus project stars the Amazons, Pussy Riot, the Guerrilla Girls, the green scarf protesters from Argentina, those dressed in black from Poland or those in lilac on March 8. Them and all their antagonists, from Heracles to Vladimir Putin, to the neighbour of the 2nd floor.

Demeter balances nature. Between the wild forests and the cultivated land, between the seasons where the land is barren and those where nature is reborn. Demeter controls this balance for the good of all. One day King Erysichthon builds a large table where he can invite all members of the community. To do this, he cuts an oak protected by Demeter. And doing so he unleashes the wrath of the goddess. Demeter punishes Erysichthon with endless hunger, the more he eats, the hungrier he is. Thus, desperate, Erysichthon is forced to devour endlessly, never satiating himself, bringing ruin to himself and the whole community.
We know that natural resources are finite, but what justifies exploiting them and what does not? To what extent? Is it legitimate to clear land for planting lettuce? And to cut down a redwood to build a bridge? And gaining ground in the jungle to plant the soybeans that feed the cattle? What is the limit if any? What is the balance?
The third volume of Olympus Kids stars Demeter, Erysichthon, the oak forests, the Amazon deforestation, the low-cost clothing stores, the cell phones, and the extermination of animals to make the burgers we find in the supermarket. 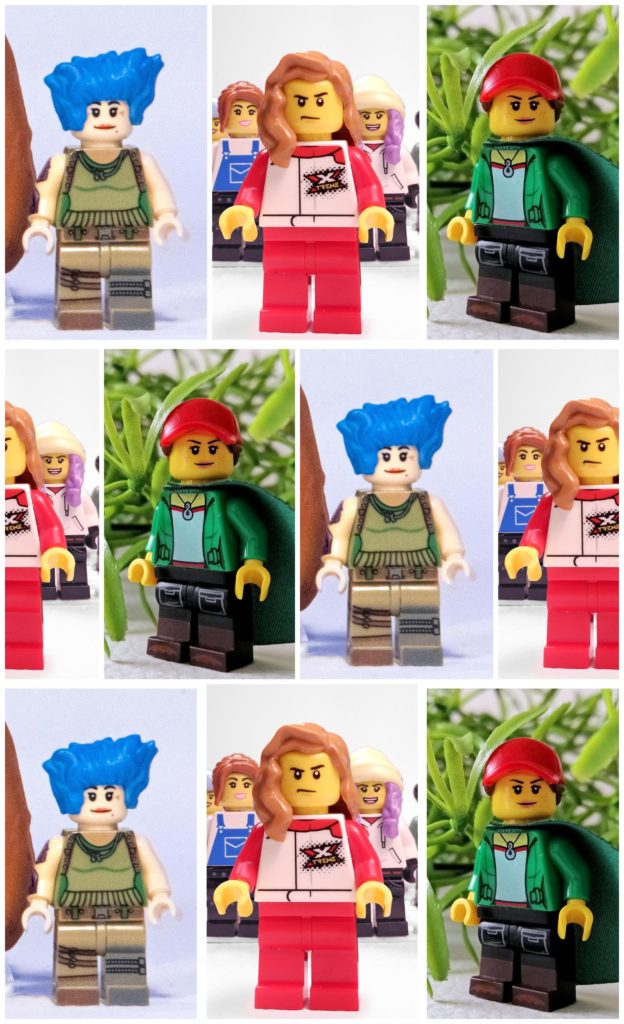