Matías Umpierrrez lives, works and produces in Madrid. His work is an investigation into the relation existing between the audience and the fiction of today’s presence. Through this inquiry, his projects set themselves at the frontier of the theater, visual arts and curatorial projects generating dialectics between spectator-stage-scene-territory. His work, thus, creates dialog in a global manner; changing locations, languages, mediums and disciplines.

Distinguished by Rolex in the framework of Mentor & Protégé Art, highlighted by BGH as one of the 100 most innovative Argentines of the last 100 years and Honorable Mention of the National Fund of the Arts in Dramaturgy.

Since 2015, he lives, works and produces in Madrid, Spain.

ECLIPSE (to be premiered)

“Eclipse is a lecture, a performance, a concert of fictions inspired by stories of masks, real or not, physical or virtual. A lecturer and his masked double, just as in Ancient Greece they called mask to person, prósōpon.

Masks on a planet eclipsed by screens, archives, rebellions, utopias, secret societies, capitalist Buddhists, astronauts, hacktivists, ghosts, ultrafakes, myths riding on a frontier stage that I would like to call trans-scene.”

THE MUSEUM OF FICTION I. EMPIRE

Museum of Fiction proposes a dialogue regarding the shift that dramatic action can provoke in a museum-collection-conservation-exhibition-time system. By challenging fiction’s temporal-spatial limits, it tries to find a possible “museumification”, or a unique way to keep the dramatic construction for the present and future collective memory. Umpierrez considers this Museum of Fiction as a space of resistance, since it tries to preserve fiction, preserve it for posterity and thus preserve its dramaturgy, its conflicts, its actors and disrupt its ephemeral existence in perpetual dramatic action.

EMPIRE, first piece of Museum of Fiction series,is an adaptation of “Macbeth” by William Shakespeare that will immerse the audience in a nightmare dream that will inhabit an eternal loop wherever it is presented. This version, submerged in the post-dictatorship Spain of the 90s, highlights fiction as a tool for social and political mediation, producing a “mix” between the entertainment industry, the mechanisms of power today and the fury that awakens the confrontation between tradition and globalization.

After a first entry where we find the actors, fiction workers who are preparing for the scene, portrayed virtually on 9 screens, we enter in a screen quadrilateral. In each screen there are projected different synchronized perspectives of the work, to build different looks in the same frame of time. The spectators will be immersed in a fiction where they have a fundamental role: to make their own montage and shape their own dramaturgy from what they want to see or omit.

In this project Matías Umpierrez asks himself, as a curator and artist, whether there is a prior narrative preceding the creation of any political speech and he invites a contemporary thinker to design an instruction manual on how to hold a conference. These instructions draw up a sort of dramaturgy which suggests differents steps to follow in order to approach any matter. Invited conference speakers, specialists with different backgrounds, carry out their talks by following the rules of this singular manual. 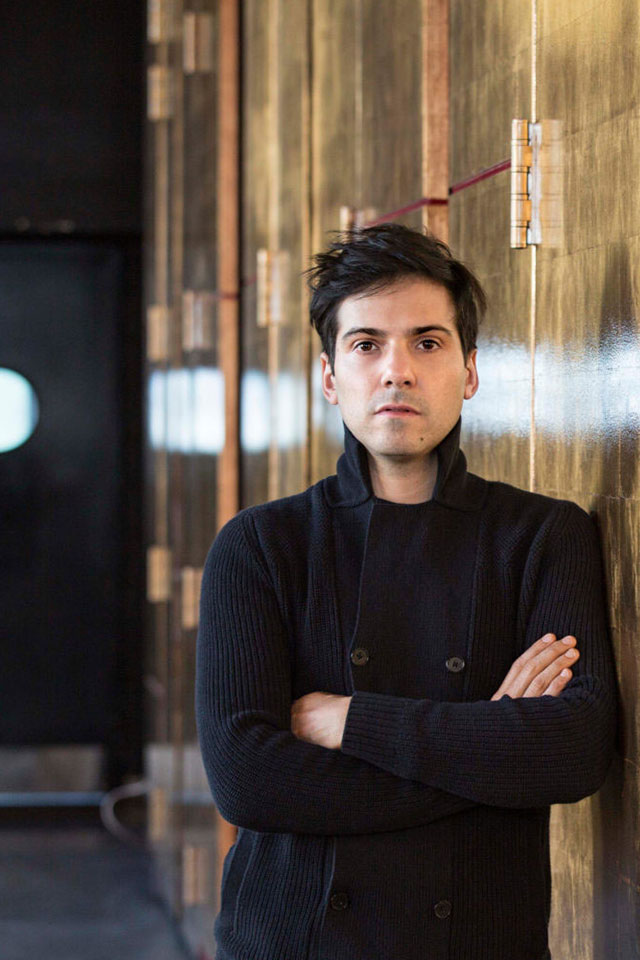